Handouts, pamphlets, and info sheets from the Dark Sky Society and other resources

Solutions to the Economic and Environmental Impact of Ineffective Outdoor Lighting

A presentation by Susan Harder for the Tin Mountain Conservation Center

Short web video on Dark Skies, produced by an East Hampton, NY environmental group, showing a retrofit of a local school and the impacts of light pollution on the environment, including the night sky.

Blinded by the Light
(Windows Media File - Video) The groundbreaking 2-part series on light pollution initially broadcast in March 2000 on KOTV, with viewers on several continents fortunate enough to log into the web simulcast. This archived version is a 17.6Mb .wmv file, and is available only for non-commercial research or private study. 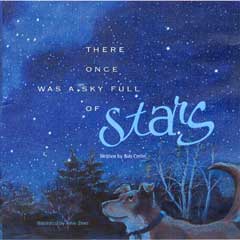 The IDA's Information and Resource Library

Bob Crelin's book "There Once Was a Sky Full of Stars" (available from Amazon) is a great way to introduce light pollution and its impacts to children and adults alike.

Recommended Practices for Responsible Outdoor Lighting, PowerPoint and PDF versions of a presentation to the 2016 Northeastern Transportation and Wildlife Conference